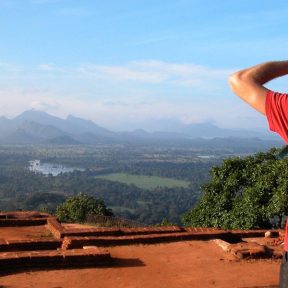 One of my most inspirational friends is working on a big project at the moment, with the potential to impact thousands – maybe even millions – of people all over the world. (I realise my saying that without providing you with any details is a bit frustrating, but unfortunately I can’t say more than that at this point. Sorry!)

We were talking this week about approaching projects of that magnitude, and how that relates to our self doubt – our fears and insecurities about our ability in a certain area … whether we have the necessary knowledge, skills and courage to really make a difference. I asked him how he felt about this, and his response was, “This is my truth.”

He feels that this particular project is something he simply has to do – that he doesn’t really have much choice in the matter. As a result of that, he isn’t battling his ego. He cares deeply about the project, and is investing countless hours to make it the best it can possibly be – you can feel his blood, sweat and tears – his very soul – in every part of what he is producing, and I have no doubt it will be his best work so far. He also worries that people won’t like it, that it may not have the impact he hopes for – but he isn’t worried about it not being good enough.

My friend has worked tirelessly in his chosen industry for over 30 years, and it most certainly has not all been plain sailing. This seems to be a common experience. In her book ’The Blue Sweater‘, Jacqueline Novogratz tells of the mistakes she made and lessons she learned before founding Acumen. In ‘Unbelievable’, Olympic icon Jessica Ennis tells of the years she spent being told she was too small. As a young man, Nelson Mandela thought that apartheid could only be defeated with violence – it wasn’t until his later years that he began to see a diplomatic solution to segregation in South Africa. When they found their truth – something they believed in utterly, ego ceased to be part of the equation for all these extraordinary people … they become driven by something bigger than their personal ego.

All this reminds me of something I once heard Gary Vaynerchuk say:
“Ego is insecurity in disguise.”

So what about the rest of us – those of us who haven’t yet found our ‘calling’? Perhaps the problem is that our egos are holding us back? That our fear of not being good enough is preventing us from fully committing to whatever it is we truly want to do.

Perhaps when we finally uncover our calling and it becomes our truth, all our insecurities fall away … I hope so. Until then, one thing that I have learned from my friend – and the other people I admire who have found their purpose in life – is that despite the doubts and fears your ego might be putting in your mind, you don’t find your truth sat on the sofa. You have to get out there and look for it.