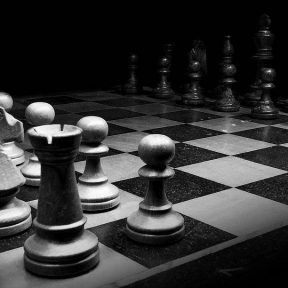 In 1999, I took part in a cycling trip across Cuba. 26 year old me was 100% certain of himself – convinced he knew everything, and that anyone who saw things differently simply needed to be ‘educated’ with the ‘facts’ [as I saw them], and that if those ‘facts’ didn’t change your mind, then you must be an idiot. [Yeah – 26 year old me was a dick.]

Anyway – on the bike tour, about 50 strangers met at Heathrow Airport and set off. On our first night in Havana, we were all sat together in the hotel garden, laughing and joking, excited about our upcoming adventure. I mentioned to the woman next to me how amazing I thought it was that 50 random people could get on so well. Being older and wiser than me, she gave a little laugh. “You wait,” she said. “Within a few days, someone will bring up either politics or religion. We’ll see how friendly it stays then!”

Sure enough, a couple of days later a recent election result came up in conversation. Within minutes, the dynamic of the group had irrevocably changed.

If I have learned anything useful since I was 26, the one idea that keeps coming back time and again is that of the balance between extremes – that almost nothing can be neatly split into black or white, either/or categories … everything exists in shades of grey. Yes, there are times when there might be an extremely light or dark shade of grey, but if we can avoid deciding that situations and ideas are purely black or perfectly white, it leaves us open to other possibilities and points of view.

We seem to be living through a period where there is incredible polarisation of views – on almost everything, not just politics and religion. On food, you’re either a bloodthirsty carnivore or a tree-hugging vegan. With climate change, you’re either a science-denying Neanderthal, or banner-waving activist. There often doesn’t seem to be any middle ground, and this is dangerous. It causes splits and divisions between individuals and groups, and when we stop talking to each other, we stop understanding each other.

The main reason for this polarisation is that sitting in a grey area – taking the middle ground – is hard. It’s easier to take a position with 100% certainty and simply dismiss all other possibilities. It’s more difficult to have an opinion on something, but at the same time to be open – welcoming, even – to the idea that someone else sees it differently from you. This doesn’t mean we shouldn’t have strong opinions, or that we shouldn’t stand up for what we believe in. But if at the same time we can embrace the uncertainties and inevitable contradictions that lie in the grey areas, then perhaps we can avoid some of the tension and anger that comes from adopting an extreme position to the exclusion of all other viewpoints.

Like so many other things, this is easier to write about than it is to action. But if we can remember that there is always a space between our reaction and our response, and that developing that space is a skill we can work on, then perhaps we can build bridges, not walls.

With thanks to Scott Carrier at Home of the Brave, whose ‘Encountering the Other’ series inspired this post.

PreviousReaction v Response
NextWho Are You Angry With?