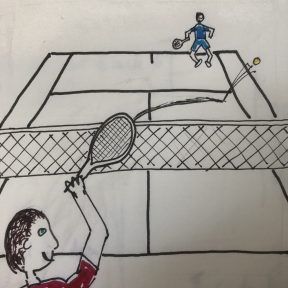 What Are We Arguing About?

The Novak Djokovic situation almost caused an argument between me and a good friend this morning.

Until – thankfully – we realised we were talking about two different things.

Whether Novak should play in the Australian Open is a complex, nuanced discussion, with many connected areas:

1 :: Personal responsibility
Should Novak be allowed to make his own decisions about his health?
[Does that mean we all have to agree with his decisions?]

2 :: Business responsibility
As a private business, should Tennis Australia [who run the Australian Open] be allowed to decide how the tournament is organised?
[Does that mean everyone has to agree with their decisions?]

3 :: Government responsibility
Should a government be able to decide what the rules are in their country?
[Does everyone in that country – and beyond – have to agree with all the rules?]

There are also valid conversations around the PR aspect – how it’s been handled by the various parties; the Media involvement – how the issue has been reported; and [perhaps the most controversial of all] the vaccines themselves. [What have I missed?]

None of these subjects are easy to talk about. They are individually complicated. And they overlap, adding to the tangle. The solutions are in the [analogue] grey areas – “it depends”, not in [digital] yes/no answers.

Our conversation wasn’t actually about tennis – it was about rights and responsibilities.

Next time you feel a conversation getting tense, take a moment to get clear on what you’re talking about. Chances are, it’s not what you thought.